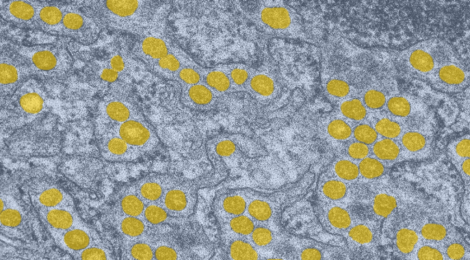 Bifurcation delay is a phenomenon that occurs when dynamical systems go through a critical transition. Bifurcation delay occurs because the state of the system may continue to follow the path provided by one basin of attraction even after the stability landscape of the system has changed. For emerging infectious diseases, this implies that there is a non-zero “waiting time” between the time at which the system becomes critical (R0=1) and the occurrence of the first major outbreak. This paper develops the theory of such waiting times and provides an analytic formula for their probability density. There are two main implications of bifurcation delay for emerging infectious diseases. First, the fact that an outbreak has not yet occurred despite introductions of a pathogen does not imply that the system is in fact subcritical. Second, achieving elimination of a disease that has emerged after drifting through the critical point will require turning back the conditions that enable transmission past the point at which the outbreak occurred, since the boundary to criticality was actually crossed sometime before.