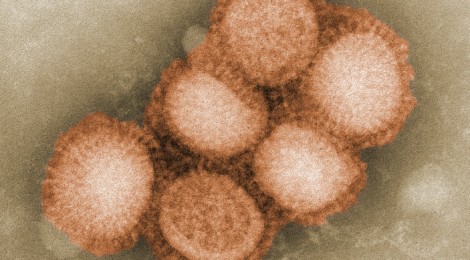 Genetic diversity is an obvious determinant of reassortment in influenza viruses. But how is that diversity measured? How does the rate of reassortment depend on genetic diversity? Ecologists have a long tradition of measuring diversity using indices that reflect both the richness and evenness of different types. A recently published paper by Heather Barton, John Drake, and collaborators from the University of Georgia and the University of Michigan explored these questions using a model for the change in the number of co-infected individuals over time. The key prediction of that model is that reassortment rate is proportional to a quantity very closely related to Simpson’s index of diversity, a summary statistic that has been used by ecologists to measure diversity since the late 1940s. Other predictions of the model depend on the ongoing epidemiological circumstances. Particularly, if the force of infection is much greater than the recovery rate reassortment rate is also proportional to the force of infection, otherwise reassortment rate scales approximately as the square of the force of infection. The paper also reports statistical estimates for the number of avian influenza subtypes circulating at Delaware Bay between 2000 and 2008.

This work was supported by the Centers for Disease Control and Prevention (5U19Cl000401), the James S. McDonnell Foundation, and the National Science Foundation (DEB-0917853).