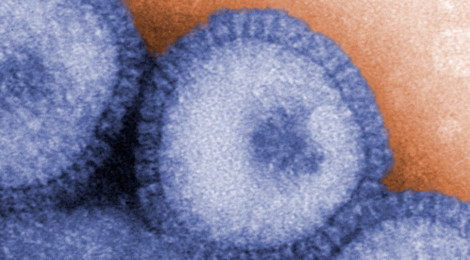 Two new papers from our study of the ecology of avian influenza viruses are now available. The first paper, by Barton et al., derives an expression for the expected rate of subtype recombination as a function of the state of transmission (active epizootic or endemic stability) and the relative abundances of circulating subtypes. Interestingly, Simpson’s index, which is often used to measure biodiversity, falls out as an important determinant of the rate at which new subtypes originate. The second paper, by Brown et al.,  theoretically investigates a possible role for ecological differences among subtypes in the maintenance of diversity. This paper reports that no such differences are required to reproduce observed patterns in subtype diversity and dominance. Taken together, then, these studies imply that ecology is important to the production, but not the maintenance of diversity in naturally circulating avian influenza viruses.