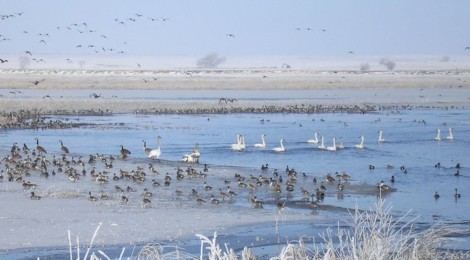 While avian influenza viruses are notoriously diverse, human adapted influenza is quite similar from place to place, evolving only relatively slowly and with strain replacement that is described as “ladder-like”. A number of possible explanations could account for this difference. One is that the diversity of host bird species allows simultaneous evolution and adaptation simultaneously along multiple lines. Another is that mutation rates in birds and humans are different. Other explanations emphasize the roles of demography, ecology, and immunology.

Our recent study, led by Benjamin Roche and including researchers at the University of Michigan, the Odum School of Ecology, and the Southeastern Cooperative Wildlife Disease Study, sought evidence that might discriminate among these hypotheses. We first characterized the difference between human and avian influenza viruses by looking at patterns of evolutionary branching inferred from nucleotide sequences of the hemagglutinin gene. We then used a statistical learning algorithm called “elastic net regression” to test for correlations with variables representing each of six competing hypotheses. This analysis suggested that immune selective pressure and environmental durability, which reflects the ability of the virus to persist in contaminated surface waters, were the key properties enabling the avian influenza system to consistently maintain a diverse gene pool. These results led us to hypothesize that environmental transmission might be a key feature distinguishing human and avian influenza. To investigate the plausibility of this idea, we used an agent based model of influenza transmission and evolution to see if these mechanisms could indeed generate the evolutionary branching patterns inferred from gene sequence data. The main result is illustrated in this figure. 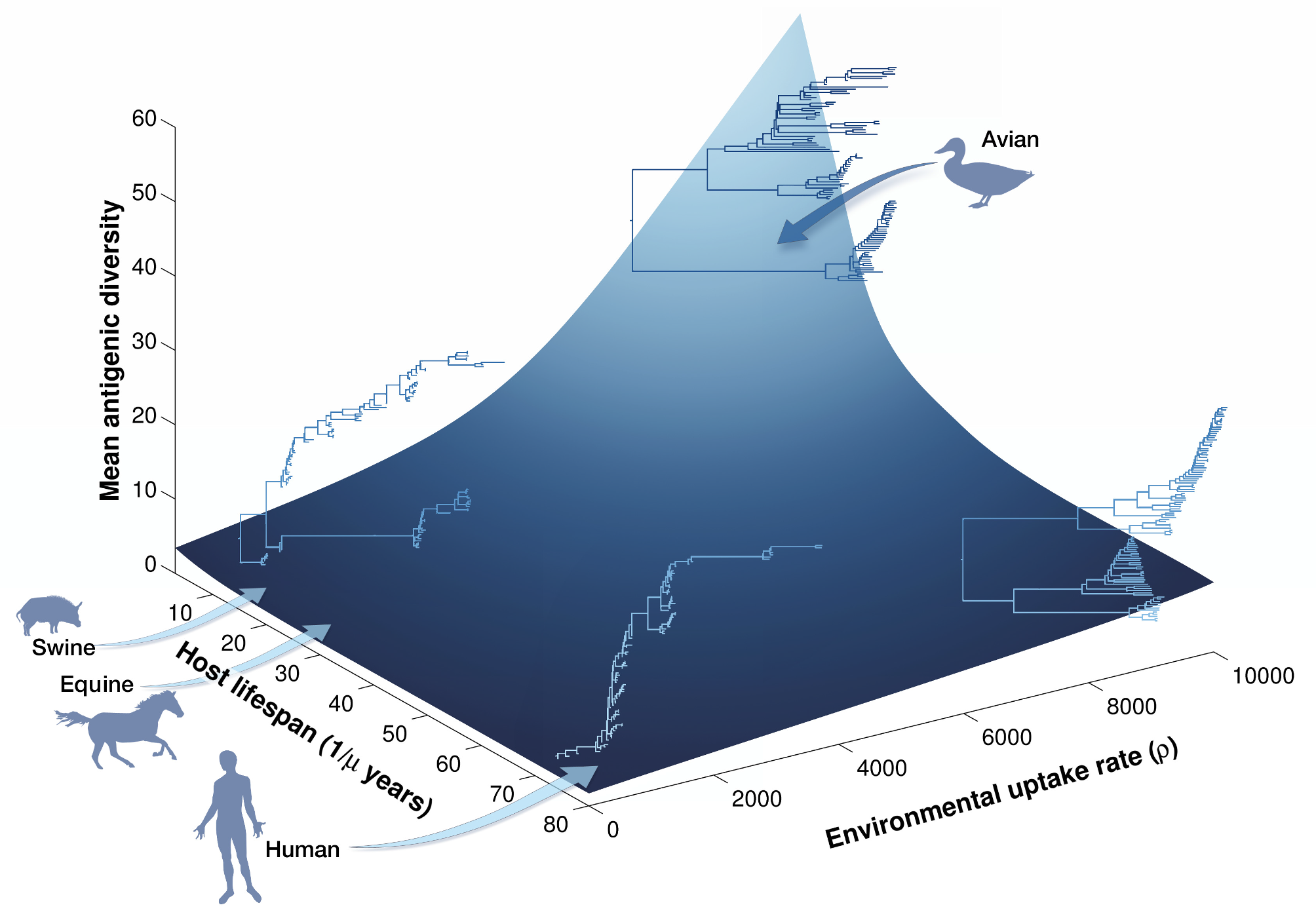 In conclusion, it appears that the maintenance of influenza diversity in birds is driven by transmission from contaminated environments together with the short life span of birds compared with mammal hosts and humans.

Details of the study can be read in the open access online journal PLOS Biology.