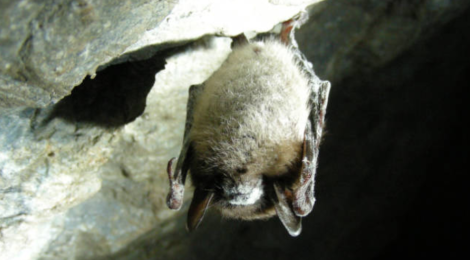 Sean Maher has updated our model for the spread of White-nose Syndrome in the United States. The revised model was fit to data on the timing of all known county-level infections as of September 2014. There are two main differences. First, with two more years of spread, there are more counties now known to be infected. Second, Woodward County, Oklahoma, which was believed to have been infected at the time of the original study is now known to have been a false positive. The revised model projects a somewhat faster speed of spread, predicting that the pathogen will reach all counties by 2035. The predicted overall route of spread is unchanged, as this is reflects the geographic patterns of cave-bearing geology and climate. The revised map has a DOI (10.6084/m9.figshare.1314947) and is available on Figshare. 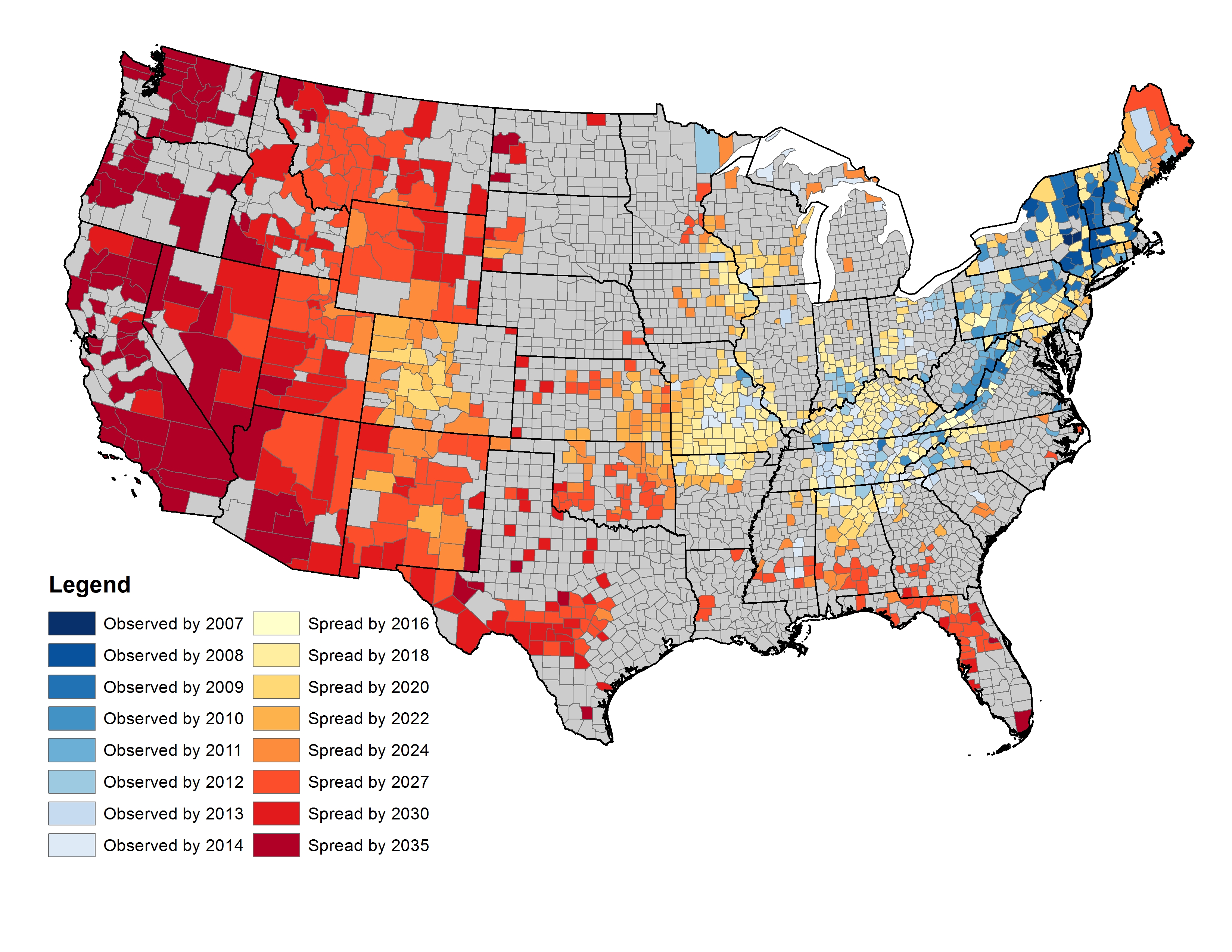