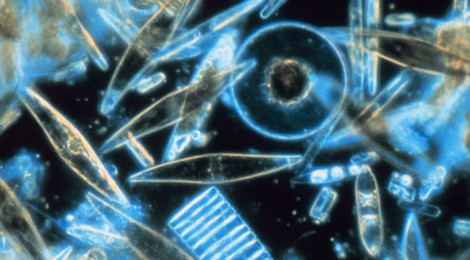 Ecological systems sometimes change abruptly to a much different states. For example, a clear lake may rapidly become turbid and green due to the growth of cyanobacteria. The transition to the new state may be triggered by a small change in environmental conditions and may not be reversed without a much larger change in conditions. For example, a small increase in nutrient concentrations may make a cyanobacterial bloom possible and a large decrease in nutrient concentrations may be needed to eliminate the bloom. Predicting when a small change may be so consequential presents many challenges. A main line of research approaches this problem by developing statistical indicators of the stability of the system’s current state.

In this work we proposed a new indicator for repeated multidimensional (e.g., spatial) observations of ecological systems. Specifically, we show that the total variance of the observations becomes dominated by that of the dimensions along which stability is being lost. These dimensions are also identified in the calculation of the indicators and can be useful for developing control strategies for the system. For example, they could identify areas where a population is most likely to begin to collapse. We also show how these indicators can be more reliable than those based on either a single multivariate observation or repeated observations of a single variable. With further development, the proposed indicator may usefully quantify the stability of a range of ecological systems, leading to better forecasts of events such as algal blooms, desertification, and population collapse.

← Transmissibility of emerging viral zoonoses
The statistics of epidemic transitions →