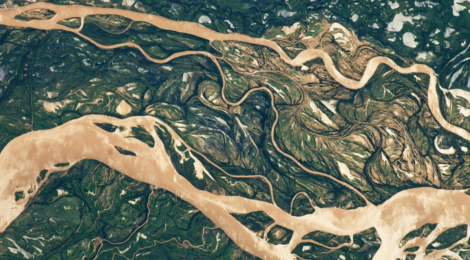 John Drake / September 16, 2015 / Comments Off on Co-extinction in a host-parasite network: identifying key hosts for network stability / New paper, News and Notes
In natural ecosystems where parasites infect multiple host species, the dynamics of the hosts and parasites are entangled in ways that are not always obvious. Particularly, the extinction of a host species can result in the co-extinction of the parasites that infect that host and may also influence the overall network of host-parasite interactions. This idea was the premise of a recent article by Tad Dallas and Emily Cornelius in Nature Scientific Reports. The specific goals were to determine the degree to which each host contributed to the structure of the host-parasite network, to determine if that contribution was predictable based on host traits, and then to examine what would happen to the network if these hosts were sequentially removed. To address this, they studied a data set on fish parasites in the Paraná River Floodplain that had been collected as part of a long term research effort. What they found was that hosts contributed differentially to network structure, implying that certain hosts function as keystone species whose loss would cause a disproportionately large reduction in parasite diversity and aspects of network structure previously related to network stability. The full article is freely available on the Nature Scientific Reports website.
Dallas, T. and E. Cornelius. 2015. Co-extinction in a host-parasite network: identifying key hosts for network stability. Nature Scientific Reports. 5: 13185 doi:10.1038/srep13185
← Potential global distribution of Chytrid fungus
Effects of brief messaging about undiagnosed infections detected through HIV testing →