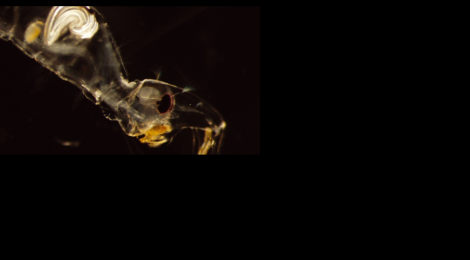 Extinction due to a predator-driven Allee effect

Andrea Silletti / September 18, 2013 / Comments Off on Extinction due to a predator-driven Allee effect / Allee effect, Extinction
Background. Recent studies on animal populations in the field have attributed positive-density dependence at low density to a predator-driven Allee effect (e.g. Wittmer et al. 2005, Angulo et al. 2007). Theory predicts that prey subject to a predator with a Type II functional response will experience higher per capita mortality as population density decreases. In the absence of an immediate numerical response by the predator, as in the case of a generalist predator, this mortality could result in lower prey population growth rate and increased probability of extinction. These population level effects had not been experimentally demonstrated, and in field populations could be difficult to detect and confounded by other sources of positive density dependence, such as mate limitation.
Experimental design. To demonstrate that a Type II predator can cause a demographic Allee effect and increase extinction risk, we performed an laboratory experiment where D. magna populations were exposed to an ecologically important predator, Chaoborus (phantom midge) larvae. Initial population density ranged from 1 – 64 D. magna, and half of the 56 populations were exposed to a single Chaoborus larva. Populations were counted daily and followed to extinction.Results. We found that Chaoborus exhibited a Type II functional response, causing positive density dependence in D. magna population growth rate. The decreased growth rate resulted in higher extinction rates at low density in the presence of predators. While low density populations already experience higher extinction risk due to demographic stochasticity, the experimental design allowed assessment of the interaction between density and predation using a random survival forest analysis, and the probability of extinction was congruent with a stochastic birth-death process model characterizing the additional extinction risk expected in the presence of a predator-induced Allee effect. This model also revealed that the mechanistic details of handling time and attack rate influence the severity of the Allee effect. Because D. magna reproduce asexually, the observed Allee effect can be definitively attributed to predation.