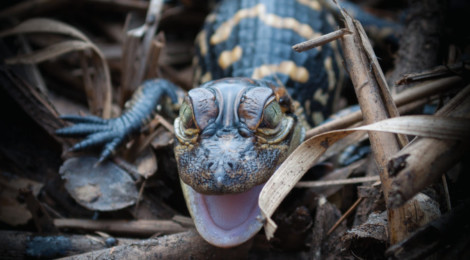 Global shifts in temperature are yielding widespread impacts across diverse ecosystems and certain species are especially vulnerable to these changes. In particular, many reptiles – including all crocodilians and many turtles – rely on a system called temperature-dependent sex determination (TSD) in which the temperature an animal experiences during development determines whether it becomes male or female. Rapid environmental change threatens to skew offspring sex ratios in these species and potentially lead to adverse population-level consequences. Predicting and mitigating these impacts requires understanding the environmental factors shaping nest temperatures in the wild.