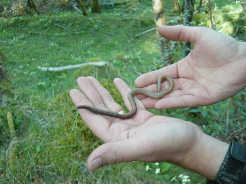 Above An example of Lumbricus terrestris, which is invasive in the United States

Methods
First we compiled county level collection records for all species of earthworms known to occur in the United States.  Sources used included literature records as well as museum collection data.  In all we compiled 12880 records on 129 species of earthworm from all 50 states.  Of these 129 species, 46 were non-native.  We then used GIS software to create distributional maps for each species from these collection records (Figure 1).  All records were mapped on the county level.  Despite the widespread coverage, most states were represented with few records.  Coverage was generally greater among the eastern states and least among the Great Plains and west.  Additional sources are available which when entered will help fill in some of the gaps in our coverage. 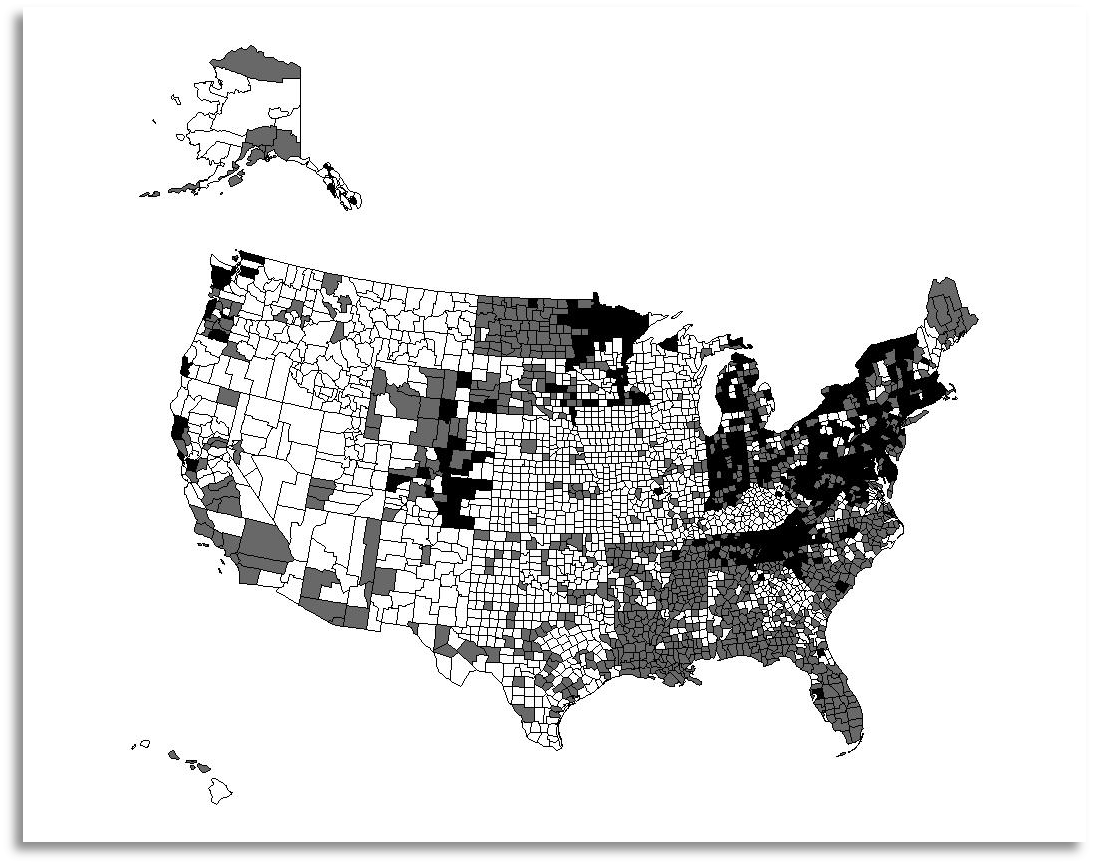