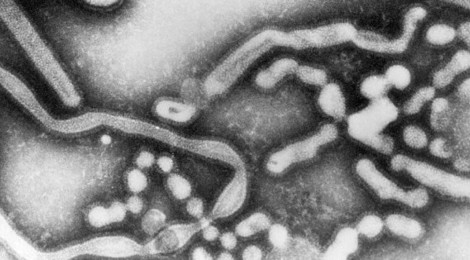 Emerging pathogens are among the most visible and costly threats to individual and public health. Antibiotics, vaccines, and the molecular revolution in biology have not erased their mark. Worldwide pandemics (e.g., SARS, swine-origin influenza A H1N1) and emerging pathogens (e.g., MERS-CoV) cause excess mortality, disrupt business, and lead to new, sometimes ineradicable human diseases. Evidence from recent pandemics shows that if forecasting disease emergence were possible – even if the lead times were very small – the benefits would be tremendous. In the case of a low-incidence SARS-like pathogen, the savings could be tens of billions of $US. A 1918 flu-like illness might take millions of lives imposing costs of the same order as a year’s gross domestic product. While numerous algorithms exist for rapid detection of outbreaks after they occur, there are very few methods for forecasting emerging pathogens before the reach the tipping point. What if there was some characteristic pattern in the “spillover” and “travel associated illnesses” that presaged disease emergence? Such an early warning system could be of tremendous value to both public health and emergency preparedness.

We are studying the possibility that infectious diseases exhibit early warning signals before emergence or extinction. The premise of the theory is that disease emergence and elimination correspond to critical transitions in the system for disease transmission. Analogous to extinction in animal populations, such critical transitions correspond to a loss of resilience and slowing down in observable variables — such as the number of infected persons. Recently, Suzanne O’Regan and John Drake provided closed form solutions for some key early warning statistics, including patterns in the variance, autocorrelation, and spectral frequency of cases through time. Additionally, O’Regan and Drake looked at the theoretical performance an online algorithm in which estimators for these statistics are serially deployed on data feeds such as might derive from real world surveillance and reporting. The results were mixed — the algorithm did a lot better at anticipating elimination than forecasting emergence — but show promise. These results are available (open access) from the journal Theoretical Ecology.

Supported by a grant from the James S. McDonnell Foundation